On Monday October 1, 2012, Louis Cammarosano, General Manager of HomeGain, was a guest on the Real Estate 360 Live radio show on The Big Talker 1580 WHFS AM, hosted by Ryan Sloper.

Ryan notes that the fed’s stated intention that by keeping interest rates low is to help employment. Louis believes that will not be the case and that QE3 is nothing more of another bailout and a way of keeping the cost of borrowing low so the government can continue to spend money.

END_OF_DOCUMENT_TOKEN_TO_BE_REPLACED

Some rays of positive light are beginning to shine on the American housing industry. The US Department of Commerce has recently reported that home sales are beginning to move up
from depressing lows to a point where a full-scale recovery may soon be developing. That is wonderful news but there still are some bumps along the way. Homeowners are holding onto
their property longer and a number of buyers are stuck with serious credit problems, making it very difficult to obtain conventional mortgage loans from financial institutions. Yet, it is very possible for a prospective buyer who has poor credit ratings to purchase a house. It just means that guerrilla house buying tactics may need to be used. This isn’t as threatening as it sounds. Guerrilla house buying simply means that the road less traveled is used and strategies that are a bit unconventional are considered (this assumes that a standard home mortgage from a bank is conventional means). 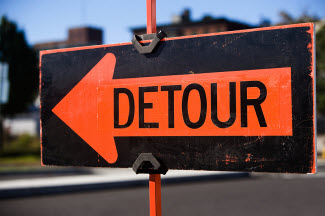 Family is a potential source of financing for even the purchase itself. It is largely accepted that an increased down payment translates to more favorable mortgage terms (lower interest rates, etc). In some instances, this can make for the difference between affordable and cost-prohibitive financing. In this scenario, a buyer agrees with a family member on a loan large enough to provide a sizable down payment. In most occurrences, the terms of a family loan comprises a minimal interest rate; in others, the arrangement may consist of repayment of principle only. Utilizing a (now) larger down payment, it is possible for the buyer to arrange a path to home ownership that creatively slashes costly interest rates (and other associated expenses).

END_OF_DOCUMENT_TOKEN_TO_BE_REPLACED

Posted by: Guest Contributor on September 20th, 2012 under Guest Bloggers

On Monday August 20, 2012, Louis Cammarosano, General Manager of HomeGain, was a guest on the Real Estate 360 Live radio show on The Big Talker 1580 WHFS AM, hosted by Ryan Sloper.

Louis and Ryan discuss the direction of interest rates and the folly of trying to call the bottom. Louis and Ryan note that the stock market is not necessarily an indicator of the health of the state of the economy. Louis discusses why investors buy gold. Louis and discuss the reasons to buy a home.

END_OF_DOCUMENT_TOKEN_TO_BE_REPLACED

On Monday August 13, 2012, Louis Cammarosano, General Manager of HomeGain, was a guest on the Real Estate 360 Live radio show on The Big Talker 1580 WHFS AM, hosted by Ryan Sloper.

Louis and Ryan discuss the possibility of QE3. Louis notes that QE2 probably won’t happen in September and will probably happen after the November election and notes that QE2 was announced in November of 2010 right after the election.

Louis notes that lower interest rates harm the middle class as they can’t save and are rather are encouraged to borrow and spend.

END_OF_DOCUMENT_TOKEN_TO_BE_REPLACED

On Monday August 6, 2012, Louis Cammarosano, General Manager of HomeGain, was a guest on the Real Estate 360 Live radio show on The Big Talker 1580 WHFS AM, hosted by Ryan Sloper.

Ryan and Louis discuss the recent statements by Mario Draghi that he will “save the Euro. Louis notes the mechanism to save the Euro-printing money to bailout the sovereign states of Europe will debase the Euro and ultimately destroy it.

Louis note that the US is also printing the dollar as a way out of the debt crisis which short term will keep interest rates low but long term is a disaster for the economy.
END_OF_DOCUMENT_TOKEN_TO_BE_REPLACED

On Monday July 16, 2012, Louis Cammarosano, General Manager of HomeGain, was a guest on the Real Estate 360 Live radio show on The Big Talker 1580 WHFS AM, hosted by Ryan Sloper.

Louis and Ryan speculate whether the Fed will institute another round of quantitative easing. Ryan notes that there is not much more the Fed can do to stimulate spending. Louis argues that encouraging consumption is not the answer but rather savings that can be invested in productive endeavors. Louis predicts that the Fed will not institute QE3 until after the election.

Louis notes that encouraging people to go back to school and take out more debt is not a good idea, but that helps the banks as the loans are guaranteed by the government. Louis questions whether there is a demand for more educated workers and argues for higher interest rates. Louis notes that the sovereigns do not want higher rates as it increases their debt service payments.

Ryan and Louis talk about how homebuyers can benefit from low mortgage interest rates. Louis notes that mainstream media is mostly national and not local. In light of this Louis recommends speaking with a local REALTOR or mortgage professional to get accurate local information.
END_OF_DOCUMENT_TOKEN_TO_BE_REPLACED