On Monday July 23, 2012, Louis Cammarosano, General Manager of HomeGain, was a guest on the Real Estate 360 Live radio show on The Big Talker 1580 WHFS AM, hosted by Ryan Sloper.

Ryan discusses the Spanish debt crisis. Ryan and Louis discuss the low interest rates of German and US bonds. Louis notes that the low rates highlight investors’ demand for “safety” even though yields are below the stated official inflation rate. Louis notes that because rates are artificially low, it is good for those who want to take out long term low interest mortgages.

Louis and Ryan note that the US interest rates are being kept low because the US government can not afford to pay its debt if interest rates were higher. Louis notes that the US treasuries becomes by default the safe haven because the US is the largest sovereign and also because gold, silver and real estate (arguably safer investments) are more thinly traded and less widely held.

Louis notes that even municipal bonds are being preferred by investors seeking safety even though municipalities have limited means of raising revenues and are bankruptcy risks.Louis notes that Spain’s 7%+ interest rates are an example of what a sovereign must pay if its investors are concerned about its inability to pay principal and interest back.

Louis notes that the US rates are not near 7% because the US can print the difference. Louis notes however by doing so becomes in effect a default as the investors received debased currency in return. Louis notes that low interest rate punish savers who would help their economy by savings and that low interest rates encourage consumption which does not help the economy because people consuming are doing so with borrowed money.

Louis notes that the low interest rate environment helps the banks, the government and the rich. Louis notes that perhaps deflation is preferable for those on fixed incomes. Louis notes when prices go higher the only way to afford higher prices is to take out a loan.
END_OF_DOCUMENT_TOKEN_TO_BE_REPLACED

On Monday April 30, 2012, Louis Cammarosano, General Manager of HomeGain, was a guest on the Real Estate 360 Live radio show on The Big Talker 1580 WHFS AM, hosted by Ryan Sloper.

Louis notes that Paul Krugman believes  that the government should be borrowing more money, and the Fed should be printing more money to pay for the borrowing to help the economy, rather than encouraging savings and production. Louis notes that if printing money was the solution to economic woes, all countries would just print more and all economic problems would be solved.

END_OF_DOCUMENT_TOKEN_TO_BE_REPLACED

Posted by: HG Blog Admin on May 11th, 2012 under HomeGain, HomeGain on Real Estate Radio

On Monday April 9, 2012, Louis Cammarosano, General Manager of HomeGain, was a guest on the Real Estate 360 Live radio show on The Big Talker 1580 WNEW AM, hosted by Ryan Sloper.

More recently China and Japan bought large percentages of US Treasury issuances, however in the past two or three years they have cut their purchases of US Treasuries. Louis notes that the US government has increased spending each year which means it relies more heavily on debt issuances to fund its spending-debt issuances that are increasingly purchased by the Federal Reserve Bank. Louis notes that if the Federal Reserve was not buying the debt, interest rates would be much higher.

Ryan notes that the Federal Reserve can’t continue to be the purchaser of last resort forever. Louis notes that the Atlantic is calling Ben Bernanke a hero and that Paul Krugman is arguing that inflation is too low! Louis notes that Krugman thinks that because money is cheap that we should be spending more of it. Louis argues that is akin to telling someone the morning after who is hungover to have more beers because they are cheaper in the morning than they were last night. Louis notes that the less money you make the greater percentage food and energy are as part of your budget.

END_OF_DOCUMENT_TOKEN_TO_BE_REPLACED

On Monday March 26, 2012, Louis Cammarosano, General Manager of HomeGain, was a guest on the Real Estate 360 Live radio show on The Big Talker 1580 WHFS AM, hosted by Ryan Sloper.

Ryan and Louis discuss the controversy regarding the allegations of a Congressional Budget Office employee who claims that the CBO prohibited statements in their reports indicating that foreclosures  had an impact on the housing market and that the decline in housing prices had an impact on household wealth.

Louis notes that statistics and science are also manipulated in other areas ie. cigarettes and cancer and global warming findings. Ryan and Louis discuss shadow inventory and foreclosures impact on the market.

END_OF_DOCUMENT_TOKEN_TO_BE_REPLACED

On Monday February 27, 2012, Louis Cammarosano, General Manager of HomeGain, was a guest on the Real Estate 360 Live radio show on The Big Talker 1580 WHFS AM, hosted by Ryan Sloper.

Louis and Ryan discuss the $5 billion suit against the banks for wrongfully foreclosing on homeowners. Louis notes a moral hazzard is created when companies and individuals are bailed out. Louis notes that when you keep interest rates artificially low borrowers have no incentive to pay off debt earlier and no incentive to save. Low interest rates urge consumption and borrowing. Louis notes that rising gas prices have little to do with speculators or problems in the Middle East but rather the decline in the value of the dollar.

END_OF_DOCUMENT_TOKEN_TO_BE_REPLACED

New Incentives
Fannie Mae markets its REO through its HomePath.com Properties. Under the new incentive program, owner occupants and public entities that buy a HomePath Property between now and December 31, can receive up to 3.5% of the purchase price in closing cost assistance. The sale must close within 60 days of acceptance of the offer and no later than December 31, 2010.  The incentive must be requested in the initial offer. 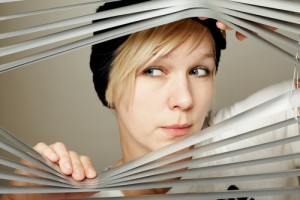 What Is It
Individuals and public entities are given a period of time, generally 15 days after a property is listed at HomePath.com (a Fannie Mae site). HomePath.com is the listing site for about 190,000 properties held by the GSEs. Individuals and public entities (read non-profits) have a lead time over investors to inspect  and submit an offer to purchase. After 15 days, the listing is open to all potential buyers.

The idea is to offer first to those who would live in the home and become stakeholders, adding stability to the community and to avoid  too quickly putting property back into a supply laden market. By offering a sneak preview to owners first, Fannie hopes to encourage home ownership without the edge professionals may have and avoid the pressures of bidding against professional investors.

Why Should I Care
Levels the playing field and it’s working.

Fannie has moved more than 29,000 homes out of its owned real estate portfolio of properties acquired by the  through foreclosure to owner occupants. Some 800 non-profits have also bought an additional 5,000 properties through First Look.

Posted by: Howard Sobel on September 29th, 2010 under Buying or Selling a Home