Real Estate Market Update: Why Be a Realtor in San Antonio?

The real estate and job markets throughout America the last few years have taken a beating for the most part. There are very few areas of the country that sustained their real estate values and maintained a strong job market. 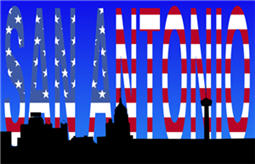 Many areas such as in California and Michigan, values in some cases have dropped 30% to 50% or more. People are losing their jobs as businesses scramble to downsize to survive this recession.

One market that is not in as deep of waters is San Antonio, Texas. Not nearly as known as their big brothers Dallas and Houston, this city has recently gotten a lot of media coverage for its job growth, low cost of living and real estate market. People have noticed and are coming in big numbers. Look around this city and you will see development and construction going on everywhere and “Help Wanted” signs on many businesses.

What a difference from what I have seen and read about in most other areas of the country.

Here are some of the highlights of San Antonio:

Projections from the local officials, estimate that San Antonio will double in the next 10 years. Looking around this city, it would not surprise me one bit. Texas was one of the fastest growing states in 2007 and a lot of those folks are right here in San Antonio with more arriving every day.

If you’re looking to park some of your funds in real estate, this might be an area to look at. The numbers tell the story.

And from a Realtor’s perspective, there is a lot of potential business!

Joe Corwin has been a real estate investor and Realtor for over ten years. www.joecorwin.com

2 Comments on “Real Estate Market Update: Why Be a Realtor in San Antonio?”

Joe – San Antonio represents a very good example of where a community is forward thinking by realizing that job growth is critical to sustaining growth and developing a well rounded economy.

This is a nice post on the San Antonio real estate market. San Antonio Home Lending investors fins this a healthy and positive update. I too believe that San Antonio is positioned for considerable growth in the coming months.