Posted by: Jessica Gopalakrishnan on May 6th, 2010

Sue Kwon of CBS News recently interviewed Matt Everett of GoAutoAds.com about automobile advertising in the Bay Area. Since HomeGain is a client of GoAutoAds, Max, the HomeGain gorilla (as shown on the side of a truck below on one of several “Max Mobiles” that have driven around the country) received a feature shot during the interview that aired on television in multiple cities and states across the U.S. including Wisconsin, Florida, Los Angeles, San Diego (just aired today) and more cities to come! 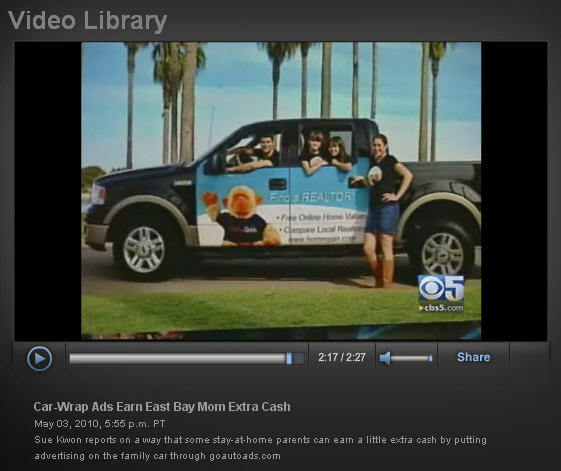 Watch the TV interview on CBS.com