Thoughts From Around the Web Regarding the Case Shiller Report

As most of us know by know we are in for another bad year, even the optimists are pessimistic. It pretty clear that the latest index report shows a double dip. The Standard & Poor’s/Case-Shiller index fell in December from November in all 20 cities, except Washington, D.C . Nationally, home prices fell 4.1% during the last three months of 2010, compared top last year, according to the latest S&P/Case-Shiller home price index, down 1.9% compared with the past three months. 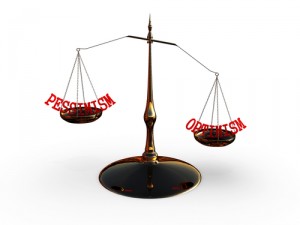 The big question is whether we are bouncing along a bottom or whether we have more to go. The following are some thoughts from around the web that highlight some of the current sentiments, both optimistic and pessimistic. I’ve also included one silver lining I have to share.

He is the author of “Irrational Exuberance and helped develop the S&P Case Shiller Home Price Index. Mr. Shiller said in a conference call that he saw a substantial risk of the market falling another 15, 20 or even 25 percent.

This is the worst year for new-home sales in 50 years. February remained unchanged for the fourth straight month at 16. Any reading below 50 indicates negative sentiment. The index hasn’t seen 50 or better since April 2006.

Case contends the market will bounce along the bottom. While prices will likely fall somewhat, Case does not see a big drop ahead.

Fewer U.S. homes entered the foreclosure process in January than in any month in more than three years. Llenders are taking longer to move against homeowners who have fallen behind.. The number of homes that received an initial default notice fell 1% last month from December and tumbled 27%t from January last year.

For the second consecutive quarter, 60% of respondents said markets were tighter (lower vacancies and/or higher rents) than three months ago. The Market Tightness Index recorded its second-highest January reading on record at 78. (A reading above 50 indicates improving market conditions). The GSEs’ multifamily programs have default rates of less than one percent and they actually produce net profits for the U.S., posing no risk to taxpayers.