Earlier this year, I got a call from a frustrated seller. He had just decided to fire his listing agent and had been referred to me.

āI donāt want to make the same mistake I made when I hired my first agent,ā he said. āSo, would you be willing to meet with me to see my condo, tell me what you think itās worth and let me know how you would market it?ā

I agreed to meet him the following day because of the seasonal marketās time sensitivity and my desire to get the property on the market asap, if selected to work with him. I warned him that I wouldnāt have time to do a lot of research before our meeting. I pulled the listing history and tax records, and I didnāt like the math…nor the methods. 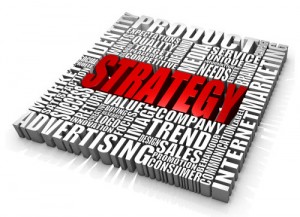 It Was A Crescendo Of Agent Ineptitude:

Perhaps the previous agent was ānostalgicā or simply ālost track of timeā, but he decided to price the unit at itās original (pre-sale) purchaser price, which went back to early 2006. Needless to say, by the time I came into the picture, it had been on the market for a whileā¦you know the drill.

When Ineptitude Flirts With Negligence:

As was clear in the listing history (but I had hoped was a mistake), the listing āagentā initially āmarketedā (terms used here extremely loosely) his property for almost $100k more than the owner had paid for it at the height of the market!! No upgrades, nor additions after the original purchase….I still canāt even begin to fathom where that number came from

The sad truth was obvious. The seller lived in a penthouse unit in an area of the close-in DC suburbs where many condos were in short sale or foreclosure situations. And this development was no different.

On my way to the appointment the next day, I knew I was the designated bearer of bad news. I was going to be telling the seller that he was looking at a minimum of a 15% ālossā…. from his original purchase price, probably closer to 20%. The only question in my mind was how he was going to react to the news, especially since his expectations had been so blown out of proportion by his former agent.

- He had believed all along that his prior āagentā had priced the property too high and….
- He had to encourage price reductions (which still ended with that 2006 sales price).

When I asked how the initial price had been determined, he said he really didnāt know ā but felt that his original agent took into consideration what he paid and what he owed, but hadnāt shown any comparable sales to justify the price. This was a seller who was begging to be educated, with a professional advisor who didnāt do his job.

The Marketing? If I Only Had A Picture

The seller reported that he had to insist on (and personally pay for) decent photos. This was a 3000 sq. foot penthouse, a photographerās dream! And the ābrochureā (again, a term used loosely) was just pathetic.

I would argue that we at least have an obligation to be honest, and, dare I say, āeducatorsā.

This seller wasted almost three months on the market and played with the value of my clients largest investment.

And oh yes, with a little seasonal luck and the right price and marketing, we were able to sell the unit within a month.

I would have to add “dishonest” to the list. I have had the displeasure of working with a realtor that just wanted to make the quick sale and move on. With a career that is based so much upon reputation and referrals, I think a realtor should avoid any of those characteristics! Good article.

This gets tricky because, as a professional, you are aware that the Seller is unrealistic. So you have to decide how to proceed, because it sets a precedent with the Seller. I think that it’s best to coach the Seller through facts and experience to see if they are willing to be realistic. If not, then it’s probably best to move on. But then, there is another way to look at this…you can make a deal with the homeowner to try it their way for 15 days. After that time, then we go to agent’s price.

Unfortunately there are a handful of uneducated and unexperienced agents out there, maybe sellers need to spend more time choosing the right agent to list their house. Glad you were able to get the job done. – Electric Loan Officer

Kevin, great post and congrats on selling the condo in one month. Looks like the smarter agent won again!