With winter fast approaching, Park City and Deer Valley are about to be swamped with tourists from around the world looking for the best snow on earth. With this comes an increase in market activity from potential second home buyers, and hopefully a little stability in the marketplace. We have a lot to look forward to in Q4, but let’s take a look at how Q3 treated us during these summer and fall months. 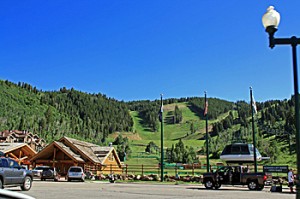 According to the Park City Board, we have under performed in this quarter compared to Q2 but have made significant progress from last years dreadfully slow year. Thankfully, the Utah economy as a whole has held fairly strong in the midst of economic turmoil elsewhere, and Park City has been one of the most active markets in the state. Sales have been up 18% from last year and a huge 86% increase from two years ago.

Despite the increase in activity, sales prices have continued to slowly decline throughout the area. Some subdivisions have been hit harder than others given our diverse marketplace of ski homes, golf communities, and family neighborhoods. Some areas within the community are even up as much as 10% since last year giving us a reason to be optimistic about the overall state of the market. Bank owned inventory and short sales were on the decline in Q3 while investors and primary home buyers were out scouting for the next best deal. We remain hopeful the Park City economy will continue to grow stronger through the winter months while tourism floods our area and supports our local businesses.