Forty-two percent of real estate agents and brokers expect home prices to decline in the next six months;70% disapprove of Obama’s performance as President


Last month, HomeGain, one of the first companies to provide free instant home valuations online,  released the fourth quarter results of our nationwide home values survey of over 1000 HomeGain current and former members and 2300 home owners.  The survey asked their opinions on home values and what they thought of President Obama’s performance. On this blog we published the 4th quarter 2010 national results as well as the complete 4th quarter  2010 regional results, including commentary from real estate agents and brokers. 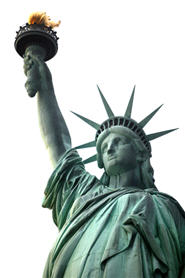 New York home owners were more optimistic regarding the direction of home prices with 29% thinking that home prices would decline in the next six months vs. just 39% who thought so in the third quarter. (see question 6) 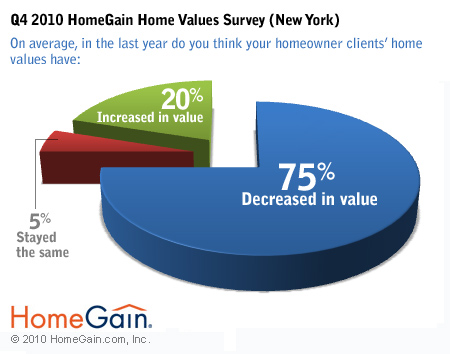 Question 2. On average, what do your homeowner clients believe that their home is worth?

Question 3. How do your home buyer clients feel that homes for sale are priced?

Question 4. What is the average difference in price between what sellers believe their home to be worth and the amount at which you eventually list the house? 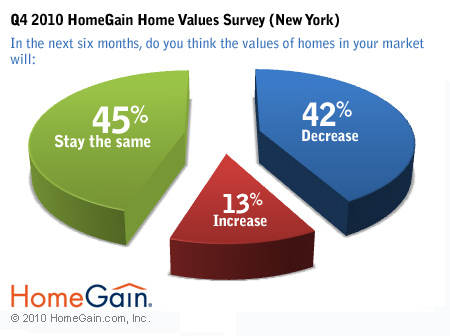 Question 7. What percent of homes in your area are foreclosures?

Question 8. What is the average home price in your area? 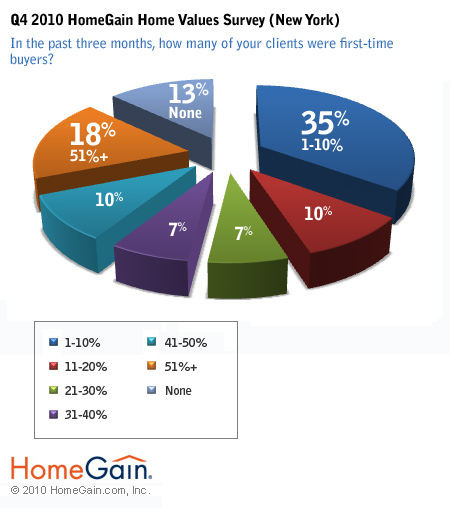 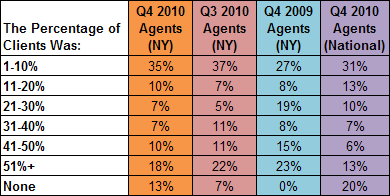 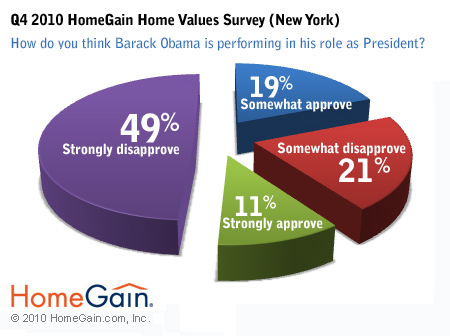