FreeLuxe, Freemium & Paidium-Three Business Models in Search of a Consumer

An over promoted business idea of recent times is that “free” is the path to riches.  This concept approaches a thought bubble. While only a handful of companies (e.g. Google and Facebook)  have achieved  widespread adpotion and success by offering free services, the success of these companies has spawned a disproportinate amount of attention on a new business model – the  “freemium” model. Top technology blogs like  Venture Beat, Giga om, Silcon Valley Watcher and Tech Crunch have covered the topic, Freemium conferences have been held and a pop culture book  “Free: The Future of a Radical Price” was a best seller (and top free download).

This attention may be misguided. 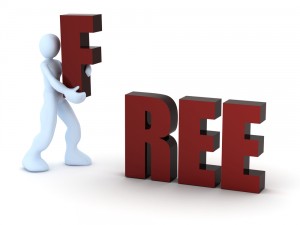 As a result of these miscalculations, many good new products are perhaps being brought to the market in the wrong way and there may be a  misallocation of (venture) capital as is often the case when bubbles, thought or otherwise, are prevalanet.

Here is a review of the three models.

The freemium model involves a company giving away a product that is either feature, time, capacity or customer service limited. Examples include, Ning, Pandora and Flickr. Freemium companies make money either through advertising, subscriptions, or a combination of the two. Both revenue streams have potential limitations.

For advertising to be a serious revenue opportunity, the freemium company must achieve a massive audience or user base.  If  such an audience can not be achieved and usage is relatively limited, subscription revenue may be a more attractive option. Freemium companies, however, face the challenge of trying to charge  for a product that  the consumer is happy to use for free.

Training consumers to use a product for free is different than training customers to purchase a product. Consider the analogy of  training a dog with a bone. If you merely give a dog a delicious bone and then try to take it from him you  may encounter resistence and get bitten. If this occurs you may sagely retreat and let the dog keep the bone.

If you instead train a dog to sit, fetch, retrieve and drop a bone, you can repeat the process with a fair level of certainty.

The first canine example is analogous to a freemium company attempting to upsell their previously free product -the resistence is often fierce, as if the freemium company is trying to take something away from consumer that the consumer believes he is entitled to. In most cases the company may just allow the consumers to continue to use the product for free and hope that enough  will so they can sustain themselves on advertising and a small number of subscriptions – see Pandora.  The Freemium model rests on the easy (lazy?) marketing of the product i.e.- giving it away and hoping consumers will flock to it and/or eventually purchase a subscription.  Success with the freemium model appears to be limited. I need some help here:

Please provide the names of Freemium companies and their publically reported revenues or, if private, best guesstimates

The Paidium model depends on consumers paying companies for use of their products. Training consumers, to pay in the first place, is an art form well worth learning.   Think Apple. Apple has done a tremendous job of training its customers to camp out and wait in lines, often stretching many city blocks, for the priviledge of PAYING for their products. Apple has trained their customers well to sit, fetch, retrieve and drop a bundle on Apple macs, iphones and ipads.

Paidium companies, like Apple, make up the bulk of the largest and most successful companies in the world. The walled garden/stadium scarcity and/or quality of their products and services makes people want or need to purchase them.  Think also Microsoft, Cisco, Fed Ex, Activision, Oracle, Amazon, Pixar and Starbucks.  Paidium companies focus on not only producing quality products and services, but also on marketing and selling them. They don’t merely rely on the chance that they might “go viral”.

Take a look at the list of the Fortune 500 companies and count how many employ a “freemium” or even a “freeluxe” model. The vast number are in the “Paidium”/PAYMEUM camp.

The Freeluxe model, in contrast to the freemium model, starts with no limitations on product usage and its business model does not depend on ever charging.   This means that for a freeluxe company to be successful it must achieve a massive user base to garner profitable advertising revenue. Examples of Freeluxe business models include Google, Facebook, Twitter and You Tube.

Freeluxe companies tap into the consumers’ love of free. Catering to the consumers’ love free doesn’t necessarily translate into a winning business model.  Consumers also hate advertising and intrusions on their privacy. The Freeluxe (and freemium in some cases) model relies on the willingness of consumers to take something for free with an acceptable corresponding tradeoff in advertising and loss of privacy.

Unfettered use of a full featured product is essential to the success of  a freeluxe company. Google would  most likely never have become a global levianthan if they had limited use to say, 10 free searches a day with one page of results and charged there after for more searches and results.

Similarly, Facebook’s progress towards world domination would have been halted if users were only allowed 20 free friends and had to pay thereafter to add more friends.

Had Google or Facebook adopted a subscription freemium model, it would have limited growth of their audiences and stunted advertising revenue. Here, freeluxe worked better than freemium. Very few companies, however, can ever reach the scale of audience required to become a freeluxe company. They therefore have to start charging subscription fees to pay their bills. This as we have seen may be difficult if the user is conditioned to using the product for free.

Charging in the first place may be a better alternative.

8 Comments on “FreeLuxe, Freemium & Paidium-Three Business Models in Search of a Consumer”

Very interesting post, Louis. Freeluxe companies require a high degree of foresight, venture capital and luck in order to succeed. There are countless competitors left in the shadows of the FB and Googles of the world. Very interesting to how it applies to real estate (forced registration vs. non).

In real estate we know that if you don’t ask consumers to register only 1% will. But if you “force” registration any where from 8-20% will register.

Great post – I have been a big user and believer of the “power of free”, but not totally free! A couple years ago my friend who is a great businessman but not a great marketer, called me for advice on a golf range/restaurant he was opening. I listened to his marketing directors ideas of marketing the company that were not working at all. They were spending a massive amount of money with very little results.

I told him my “power of free” concepts which were basically giving something away for free to get people in the door and then wow them with customer service. He was hesitant to do this but ultimately agreed. The first weekend his range was full and his restaurant had a 1 hour wait to get in the door. Today it’s a thriving business and he believes it was because of our “power of free” marketing campaign.

I believe there is a ton of potential in free, but you do have to have a revenue model along with it. A taste can be free but the whole dinner needs to still have a price tag!

Mitch
How you use free, what market you are in and what your ultimate payme strategy is are key drivers of whether free will work.
In many instances “free” amounts to a total give away and in others its the whole profitable business. The difficult task is how much to give away (all in the freeluxe) or some (in the freemium)or none (in the paidium)

Free is a big attention grabber.. but when it comes to online buying or through an info mercial it’s always free plus shipping, and the shipping always covers the cost of the product and the cost of shipping.

I believe especially in this economy anything that says “free” will grab peoples attention. Thanks for the interesting post.

The only way it works is with insane numbers of users or members. Then you can leverage the traffic on the site.

Rob for Moving to Atlanta

Thank you for the informative post! I agree with Louis in regards to the usage of “free” when marketing.