The condo market has really been hit hard by the downturn in recent years.  This is especially true of Naples condos.  As the Naples Real Estate market started to unwind there was an onslaught of new foreclosures.  This was very scary to buyers because they were unsure if the HOAs could actually survive the period of non-payments.  This is a reasonable concern; however, generally the associations eventually get their money. 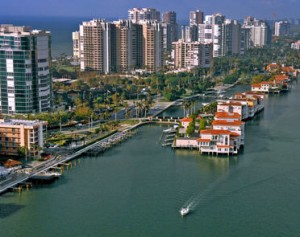 When a condo gets foreclosed on the HOA holds a lien against the property as well.  The new owner, the bank, must make good with the HOA before they can sell to a new owner.  They are legally obligated for only some portion of it (I believe this is 6 months) but usually do not try to litigate the matter.  Instead, the bank gives what is past due.  So, while there were some periods where there was a high rate of delinquency, eventually the HOA gets their funds.

It is clear that the worst stretch is probably already behind us.  The worst of the bunch were the ‘condo conversions’.  These once apartments were sold off as individual condominiums.  Much of this activity happened at the peak of the market.  Much of these properties were bought up by investors and first time buyers who were over-leveraged.  As the market started to tumble so many of these properties became REOs.  The slide became hopeless and in some parts of Naples these particular units lost as much as 75% of their values.  The condos along the beach haven’t fared much better.  There are plenty of beachfront condos that have lost as much as 50%…and we are talking in the millions.

Take a look at the number of sales of Naples condos in recent years:

You can see that the numbers are quite convincing.  I would expect this trend to continue in the coming years.  It is not only safe to buy a condo; they are offering some of the best deals in Naples.