The 10 Safest Cities in the United States

How We Did It

To compile our reports, we collected information on three safety factors:

Then we weighted each type of accident according to likelihood, and found that the results were interesting, to say the least.

Youā€™d think crime rates would have a major influence on safety, but that isnā€™t the case.

For example, as crime goes, New York City ā€” although it pulled a mediocre 43 out of 73 overall , which confirms every stereotype about New York drivers ever ā€” is actually pretty safe, with a violent crime rate of .55% per 100,000 people. Not bad for the big city.

Although a high crime rate guaranteed you a lower spot most of the time, there are some surprises. For example, Detroit is not the most dangerous city in our rankings, despite having the highest crime rate. It comes close, though.


If You Want Safety, Head Inland 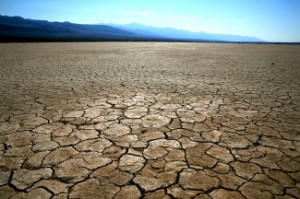 A lot of cities that performed less than perfectly had a far different problem: being on a coast. Especially with our hurricane and typhoon seasons being the way they are, a coastal city just has a much greater chance of running into disaster, compared to cities well away from a body of water.

Weā€™re not saying they should relocate, just that by being near something that could flood them, or dump them into a huge crack in the earth, these cities arenā€™t as safe.

The Top Ten Safest Cities In the US

Anaheim has a high risk of natural disaster, compared to the rest of the top ten, and its car accident risk is a little higher than others. But theyā€™re still doing well compared to other cities, and their crime rate is low, qualifying them for number ten on our list.

What puts Aurora at number nine? Generally, its citizens go nine years between car accidents, and its likelihood of a natural disaster is quite low. The only thing keeping it from being higher is its relatively high violent crime rate. Of course, that rate is .44%, so Auroraā€™s not exactly a hotbed of criminal activity.

El Paso comes in at number eight in two ways: driving a little more safely (with 9.6 years between wrecks), and sheer luck: itā€™s a lot less likely to fall victim to a disaster. But, hey, thereā€™s always room for improvement.

The only thing keeping Phoenix back? Its crime rate. Phoenix residents go a decade between car accidents and theyā€™re located in one of the safest locations in the country when it comes to natural disasters. Of course, it has a crime rate almost on par with New York Cityā€™s, so thatā€™s something the city would do well to address.

Henderson, a suburb of Las Vegas, often shows up on safe city lists, and for a reason. Next to Plano, it has the lowest crime rate of any city with a population of over 100,000: a mere .2% of citizens get involved in a violent crime. That, plus being fairly safe from natural disasters and going 9.3 years between accidents, is good enough for number five.

Fort Wayne residents go nearly twelve years without an accident, which, combined with their low crime rate, makes up for their mediocre 25 in natural disaster safety. Go Hoosiers!

Yes, one of the Twin Cities makes our list, despite a (relatively) high rate of crime. How? The natural disaster likelihood is about as low as it gets, and St. Paul apparently welcomes and raises careful drivers: they go an average of ten years without an accident. Maybe theyā€™re blessed?

Noticing a theme here? Arizona did pretty well in our rankings, partially because Arizona drivers are careful drivers (no major city on our list dipped below a decade between accidents), and the state of Arizona is apparently immune to pretty much any natural disaster Mother Nature can dish out, short of heat waves. Tucson actually beats Phoenix, despite having a higher crime rate, thanks to other safety factors.

Slightly edging out Fort Wayne in driving (11.9 to 11.6), where Colorado Springs really stands out is its high disaster ranking, an impressive seven out of fifty, meaning itā€™s very safe. But not as safe asā€¦

Arizona takes it as the safest state in the Union, as all three of its major cities are in the top ten. Mesa residents go 11.7 years without an accident on average, they have almost no natural disaster risk, and their crime rate is an excellent .39%.

Staying Safe, No Matter Where You Live

One thing stays the same, no matter how safe or unsafe your city: you need insurance. We here at InsuranceProviders.com want to help you find the best possible insurance for your needs, no matter where you live.