Signed into law by Governor Abercrombie on June 29, Act 182 received little media coverage yet its effect on the foreclosure process in Hawaii is sure to have significant ramifications. The new Act is meant to resolve unintended consequences (‘flaws’, as scrutinized by the media and public) of Act 48. To provide a brief background, Act 48 was intended as a solution to protect owner-occupants at default from facing what was widely considered to be antiquated non-judicial foreclosure procedures. However, lienholders chose to skirt the new protections afforded by Act 48 by implementing policies whereby all new foreclosures were processed judicially. Hence, although some owner-occupants were ‘saved’ from non-judicial foreclosure, now through judicial foreclosure they can face deficiency judgments – not to mention that under-staffed, under-funded courts are now backlogged by the wave of judicial foreclosures. 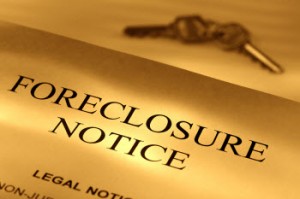 With that said, the 2012 legislative session included efforts to address/remedy concerns from consumers, lenders, title companies, and HOA’s. As such, let us look at what Act 182 encompasses:

The Hawaii real estate landscape continues to evolve quickly and it can be extremely daunting to keep abreast of all new developments. It will be interesting to see how these new legislation will impact the real estate market, both short-term and long-term.

One Response on “Hawaii Act 182 – Revamping the Foreclosure Process”

I occupy and own my only home outright in Hawaii. I put the house in a qualified domestic trust. I am the sole trustee. If I default on my Home Owner Association fees and they decide to go through the process of a non-judicial foreclosure, would the association need my consent in order to exercise the right to foreclose my own home?

Thank you for your time,