Baby Boomers Were Not Created Equally

I annoyed a whole lotta folks on Bloodhound Blog. I told everyone that the parents were a better demographic than the kids and the RE.net cried heresy! Apparently, Web 2.0 agents have adopted the mantra of the very demographic I suggest they target;

Never trust anyone over 30.

That’s good advice for cell phone companies. If you’re in the real estate or lending business, you might focus your marketing efforts on the cash-heavy, real estate lovin’ Baby Boomers. Now I’m not suggesting you ignore the Gen X and Millennial demographics, I’m telling you they may not be worth your hard-earned marketing dollars until 2015. Ironically, Millenials may very well Twitter through their 20s, having conversations with agents, and turn to their parents for advice when it comes time to make the big home purchase. A Boomer-focused marketing strategy then could have double-barreled results. 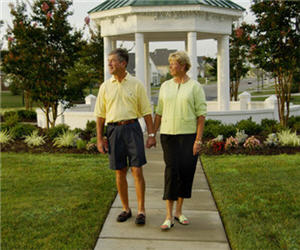 Those darned Boomers influence EVERYBODY, don’t they?

I say, “if you you can’t beat ‘em, join ‘em” and it would appear that most online marketers (including Web 2.0 real estate agents) are doing the exact opposite.

I promised to talk about ways to target the Baby Boomers, in a series, and wanted to invite the HomeGain Nation to join in on the conversation before I return to the series on Bloodhound Blog. In Part Two, I reveal that there are actually TWO demographic groups among the Baby Boomer generation: one is pretty well off and one is filled with angst. You can profit from both of them but you better treat them differently. The cool part is that all Baby Boomers LOVE real estate, regardless of their sub-demographic.

Leading Edge Boomers were born as early as 1943 and as late as 1955. These are the traditional idealistic Boomers that personify the generation. Kids of the famed “Greatest Generation”, they fought in or against The Vietnam War, started working in the 70s, and bought their homes then. President Clinton and existing President Bush are Leading Edge Boomers. Their cultural crash was Ike to JFK. They most likely listened to Bob Dylan, Joe Cocker, The Beatles, and Jimi Hendrix. Woodstock defined this generation.

Their parents worked hard, offered them optimism, and the country delivered. The homes they bought in the 70s increased ten-fold as the flood of their younger cousins fueled the supply/demand imbalance and drove prices up. Leading Edge Boomers will say things like “real estate will come back; it always does” because they are BELIEVERS. They’ll buy vacation or retirement homes and not worry whether the market has reached the absolute bottom. Affordability and convenience strikes a chord with this group. Sell them “the experience” by painting a picture and you’ll win these folks over.

If you want to learn how to communicate effectively with this demographic, read Mike Farmer or Linda Davis. Mike’s thoughtful writing oozes of idealistic movements, customer service, and “creating an experience”. Linda Davis reassures us that all hope is not lost and advises us how to deliver bad news.

The younger Baby Boomers, or Generation Jones, are a bit different from their older cousins. Born in 1955-1966 and children of “The Silent Generation”, they came of age in the late 70s and early 80s. They were promised a better world, became latch-key kids (from divorce or dual income families), and remember odd and even days at the pump. Live Aid defined this generation.

Barack and Michelle Obama are Jonesers as is Sean Hannity. Their big cultural shift was Carter to Reagan, pension plans to 401-k plans, and Pell Grants to student loans. They listened to KISS, Bruce Springsteen, Tom Petty, and The Beastie Boys; less idealistic, more individualistic. That music represents the feelings of this sub-generation’s view towards life. Consider this snippet from Thunder Road:

Same optimism as, but much more focused on self reliance, than their older cousins. They’re not as cynical as Generation X yet not as idealistic as Leading Edge Boomers. Rugged individualism permeates the souls of this group. They know real estate will come back because “it has to, doesn’t it?” They are cautiously optimistic that things will get better because they always land on their feet. They’re worried about social security and health care in retirement but intend to find a way to solve that problem all by themselves. Talk to them about real estate as an investment. Sell them investment properties. They’ll worry about whether we’ve reached bottom but take the leap if you can show them positive cash-flow. Limit their downside and they’ll have faith in the big picture their older cousins paint.

Louis Cammarosano speaks to this group with his direct confrontation. Joe Ferrara challenges as do Greg Swann and Pat Kitano. Are you hearing a common theme among these Jonesers? The message needs to be a bit more “in your face” to this group. Make Jonesers FEEL the pain, then provide a solution.

I’ll be talking about marketing to baby Boomers a lot as we approach the BloodhoundBlog Unchained Online Marketing Conference in Orlando (November 7, the day before NAR). We’ll have a session about it at the conference. Follow the whole series on HomeGain and Bloodhound Blog.

Part One: The Youth Myth: Why It’s Hip To Be Square in Real Estate Brokerage

Brian Brady is a national mortgage broker who hosts MillionaireRealEstateLender.com. He grew up thinking he was a Baby Boomer, was told he was in Gen X, and now realizes that he’s an angst filled, in your face, Joneser. He “just KNOWS in his heart that real estate will turn around”.

8 Comments on “Baby Boomers Were Not Created Equally”

Great post. Can’t wait to see the rest of the series.

Brian,
You make some great points here about which demographics to market to for maximum ROI. As always, this was an easy read and I plan to follow the series. Thank you for your wealth of knowledge.

Allow me please to put forth a question.
If 2.0 and the technology and MOVEMENT around it is so superior. Then what has it done to change the housing crisis?

If it isn’t about selling homes? Then what is 2.0 about? Because anything other than that as an end goal seems self indulgent.

The industry needs to take a hard look at the folks wagging the tail because the sales guys seem to be asleep.

These tools can definitely help but the hype often times blinds the way.

Tim
People spend alot of these social media innovations not necessarily because they are effective but because the market is bad and they are great pass times.
People need to be reminded that not everyone reads blogs, twitters etc, even the under 30 crowd

You bring up great points about the “movement”. As an early adopting mortgage originator, I quickly had to learn the difference between effective use of this media and (as Louis points out) using it as a past time.

I think weblogging is a great way to communicate with your audience, your herd, your sphere of influence and past clients. Tweak the weblog with a 1.0 utility, e-mail marketing, and you supercharge your efforts.

Connecting with your “herd” online is a great idea if you don’t get caught up in the playing that happens on social platforms.

Make no mistake about it, the “movement” of your customers to the participatory web is irreversible; using the technology to help you sell houses is ALL you should be thinking about when you participate.

For as much as I do not understand a lot of “Boomers” (and you have to appreciate this because my Mom is a self-proclaimed dyed in the wool Leading-Edge Dylan-Listening Vietnam protesting Jesus-Freak “Hippy” Boomer) … your post, here, makes a lot of sense. In fact, it is fabulous (and I would expect nothing less, Brian…) . I LOVE understanding people on every level possible, and I thank you for shedding light on this facet of our business.

I LOVE understanding people on every level possible, and I thank you for shedding light on this facet of our business

This is why Mariana excels at this stuff. It’s not about exclusion, it’s about focus. Mariana’s written some amazing generational marketing articles on ActiveRain and AgentGenius

Very interesting stuff. I followed the links and the stuff on direct confrontation is pretty good.