In contemplating content for this article I pondered a while on the power of one. One idea, one person, one small step, one action, one will and the effects those things can have on the world – ONE-DERFUL.

We hear many stories over the centuries of people who believed so passionately and spoke so strongly about an issue that they were able to raise the awareness of the social consciousness until everyone cared enough to help make strategic changes of significant proportion to help make the world a better place. Now the power of one is making a huge difference again. This time not only will it change the world but its goal is to save it.

For decades groups of concerned people have been scoffed at as “tree huggers” or activists are finally having their day. 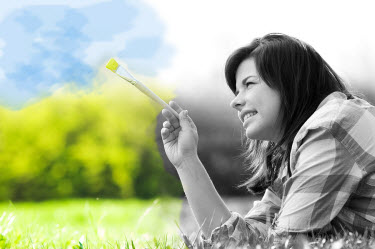 People in general are waking up and noticing that the latest environmental movement starts with them; they are taking notice and more importantly starting to care enough to do something to help, however small the action may be.

I am of course talking about the power of the GREEN movement. There is a growing belief by many that we as an individual power of one can make changes to our day to day environment at home, at work and at play which will contribute significantly to this universal quest of saving the planet and its resources to ensure the sustainability of the earth for generations to follow. Pretty powerful! I believe the power of Al Gore movie “An Inconvenient Truth” can really help raise the social consciousness.

Although some people look at the huge mess we have created by lack of good stewardship and perhaps think someone else will take care of it, or that it’s too big of a problem for one person to make a difference…. But they would be wrong. There are many small actions you can initiate in your life to help save a lot. Check out www.davidsuzuki.org to see what you can do to help make a difference where you live.

One person who changed the world was J. Sterling Morton of Nebraska. As pioneers to Nebraska from Detroit he and his wife discovered it was a treeless plain. After building their house they quickly planted trees, shrubs and plants. He also encouraged his fellow pioneers to plant trees as well. The trees were pleasant to look at but more importantly, trees were needed as windbreaks to keep soil in place, for fuel and building materials, and for shade from the hot sun. Morton not only advocated tree planting by individuals, he also encouraged civic organizations and groups to join in. His prominence in the area increased, and he became secretary of the Nebraska Territory, which provided another opportunity to stress the value of trees. In 1872 National Arbor Day www.arborday.org was established; a green movement which has spread across the world and one which encourages the planting and nurturing of trees. One man certainly made a difference.

This Spring you can make a difference by planting a tree or a bush. Amazingly this one small action will not only help reduce your own carbon footprint on this earth but over its lifetime a tree will absorb one ton of carbon dioxide (which thins the ozone layer), help control soil erosion, generate oxygen, and the shade it provides will reduce your air conditioning costs by 15%. Also in a 50 year lifespan a tree will provide over $62,000 worth of air pollution control. Think of that….The power of one tree!

Manufacturers, stores, services, products, etc. are all racing to claim the green label and be adopted by the general public at large. Green is the in word if you want to sell anything. Little did we know back in September 2007 when CSP™ launched an initiative called “EcoStaging™” how timely and needed this would be. Contact the person who provided you with this magazine to find out more about the difference working with a CSP™ staging consultant makes, about our EcoStaging™ certification program and how the CSP™ initiative can provide you as a real estate agent with a marketing edge. The process of EcoStaging™ will save
energy for sellers and buyers and together we will green the planet one house at a time.

2 Comments on “Paint the World Green”

Awesome article Christine! Glad to see others implementing green strategies into real estate! We have been “greening” up properties for a little over 2 years now and love the fact that we can earn more profits and do a great thing at the same time! My main goal is showing folks how to use “green” responsibly and not to over-do it. Green real estate is very powerful and we will be seeing much more of it very, very soon. Thanks.

You know with so many green products out there it seems that the market is very slow to make the move to going green. I think we will have to clear up much of the existing inventory to realy get people to make a change.