NAR: How About a Common Sense Approach to Credit?

Want to give an immediate boost to housing sales? Ron Phipps has a suggestion: Mortgage lenders should look beyond borrowers’ credit scores.

Phipps knows of what he is talking. He’s the president of the National Association of REALTORS and the broker/owner of Phipps Realty in Warwick, R.I. He says that home sales would quickly rise if mortgage lenders used just a bit more flexibility in deciding which borrowers qualified for mortgage financing. 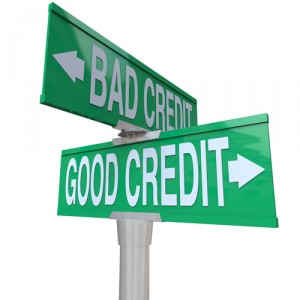 Phipps told me during a recent phone interview that Fannie Mae and Freddie Mac are now looking for borrowers to have FICO credit scores of just under 760. That’s a big change from the days when credit scores in the high 600s were considered strong.

It’s true that borrowers can get conventional mortgage financing with credit scores lower than 760. They may, though, have to pay higher interest rates. And these higher rates might knock some buyers out of the market.

“That 760 score is just so much higher than what the average American homebuyer today has,” Phipps said.

Tightening credit standards have played an important part in the housing slowdown, Phipps said. According to data from the National Association of REALTORS, about 15 percent of creditworthy borrowers haven’t been able to get mortgage financing because of the stricter credit-score requirements of Fannie and Freddie.

Look at how this impacts housing sales: Phipps told me that a healthy U.S. housing market would boast anywhere from 5.7 million to 6.1 million sales in a normal year. Last year, the U.S. housing market saw just 5.1 million sales. If those 15 percent of financing-rejected potential buyers were added back to the mix, the country’s housing industry would have seen another 765,000 possible sales. That would have moved the market back into healthier territory.

The tough credit standards have also impacted the nation’s unemployment rate. The REALTORS association says that every two real estate transactions creates one private-sector job. With those 15 percent of rejected borrowers added back into the mix, the housing industry could have created an additional 335,000 private-sector jobs in 2010, Phipps said.

Phipps and his fellow officials at the National Association of REALTORS aren’t asking that mortgage lenders provide financing to borrowers with low incomes and mounds of debt. That’s what helped cause the housing crash in the first place. But Phipps does want lenders to look beyond the credit score when making housing decisions.

“We are arguing that you need to have a holistic approach,” Phipps said. “You have to look at a family’s ability to pay in a broader sense. It’s not just the FICO score working as some kind of SAT score. Being able to afford a mortgage payment is about more than a credit score.”

Will Phipps’ words have any impact? That’s hard to predict. Mortgage lenders, after all, are still reeling from the pummeling they’ve taken from critics for the looser lending standards they used during the housing boom days.

But if any housing market cried out for a more commonsense approach, this one is it.

3 Comments on “NAR: How About a Common Sense Approach to Credit?”

Yes and it should always have been this way. Just because someone has a 760 credit score (but no money in the bank)to me is more of a risk that someone who has 600 and money saved up.

This site is so correct on the fact that they need to look beyond the applicants credit score. The average joe is going to everything he can to keep his home. He does not want to be out on the streets. So setting the scores so high will only hurt thier company in my opinion.

It’s interesting to hear Mr. Phipps talk about th eability to pay being more than just a credit score. In the days before credit scores how did lenders make loans? By judging the lenders ability to repay. The blind reliance on credit scores is one of the contributing factors, I believe, to the current problem. That and the loan originators’ abdication of any responsibility once the loans were made.