Archive for the ‘ Financing, Mortgage and Home Loans ’ Category

What do Seniors and Soldiers Have in Common?

If someone were to ask you what senior citizens and soldiers have in common, you may be expecting a response that has a comical punch line – the answer, however, is anything but funny. A common thread between seniors and soldiers is that both are groups whose members are increasingly facing foreclosure or default on their home loans.

While there’s no question that foreclosures have increased among all groups, taking a look at the reasons these two groups have been more directly impacted will shed some light on several common misconceptions about personal financial management and the state of the country’s economy. Below are four important lessons to be learned. 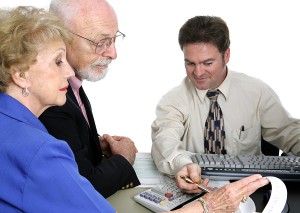 Both Spouses Must be Familiar with the Finances
In most domestic arrangements there is a division of labor such that one member of the family manages the finances while the other is responsible for other aspects of family life. Seniors and soldiers are both groups in which one member of the family may suddenly be unavailable, either because of death or deployment, leaving the remaining spouse to manage the finances, a task with which he or she is unfamiliar. In cases such as these, which are increasingly common among both groups, default on the home loan is often inevitable. This problem can be easily alleviated by ensuring that both members of a family or domestic partnership are familiar with the home’s finances, budgets and payment schedules, even if the daily financial affairs aren’t co-managed.

Bigger isn’t Always Better
One common mistake made by both soldiers and senior citizens is that they tend to overspend on their property while erroneously thinking that the loan will be easy to pay off. Seniors are often able to take on loans larger than they should because they’ve established a good credit rating or have existing home equity that they can borrow against.

In contrast, soldiers tend to over-borrow because they have dreams of large homes and they mistakenly rely on the availability of VA guaranteed loans to help offset the cost of the home. The only way to avoid such ‘big eyes’ is to seek advice from a qualified financial planner or mortgage broker before signing the loan, to ascertain whether the loan can be repaid, under normal circumstances, without overly straining the family’s finances.

END_OF_DOCUMENT_TOKEN_TO_BE_REPLACED

Is It the Right Time to Refinance Your FHA Loan?

The FHA’s new mortgage insurance premium rates went into effect in mid-June, the second change this year and the fifth in four years. As the FHA works to balance the viability of the insurance program and the projected losses on bad loans, they are making it clear that not all FHA-insured loans are created equal. And that is a good thing – for some homeowners. 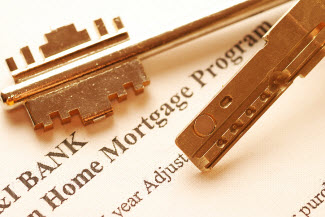 The FHA changed the MIP schedule on April 9 and again on June 11, creating tiered rates for existing FHA mortgage holders and home buyers looking to secure an FHA mortgage. With the new schedule, first-time buyers or recent loan-holders are now subject to higher monthly premiums (both upfront and annual) to take advantage of low FHA interest rates.

However, the new schedule rewards existing mortgage-holders by offering significantly lower rates and reduced fees in an effort to get stable homeowners spending more money in the economy. In recent years, existing mortgage-holders may have found it difficult to qualify for the FHA Streamline Refinance due to steadily rising insurance premiums. Streamline Refinancing requires a 5 percent reduction in total mortgage payment for refinancing, a hurdle that many homeowners found difficult to clear.

With the new rates, the FHA has significantly lowered the bar for refinancing to homeowners who have held an FHA mortgage for more than 3 years. This is great news, with USA Today reporting that mortgage rates are continuing to drop to record lows.

What do these changes mean to you?

END_OF_DOCUMENT_TOKEN_TO_BE_REPLACED

Posted by: Erin Everhart on July 2nd, 2012 under Financing, Mortgage and Home Loans

Which Home Loan is Right For You

The steady uptick in temperature ushers in more than just pool-side cocktails and barbeques. It’s the start of real estate season, and people are hitting the MLS and local Realtors in search of For Sale signs to lead them to their perfect home. 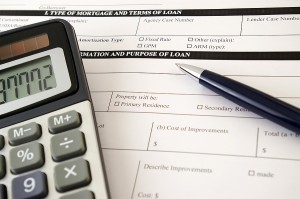 But before you move from hunter to homeowner, the mortgage industry must be conquered, and you’ll have to get a home loan. The good news is that interest rates on mortgages are dropping, with CNN Money reporting 15-year mortgages with an average rate of 3.11%. The bad news is there are so many loan options available, you may have a hard time figuring out which one is right for your situation.

These short questions can help point you in the right direction instead of taking a stab in the dark. If you’d rather view visuals, New American Funding created an infographic quiz that can help you find the right home loan though a series of short questions.

How big is the home you’re buying/refinancing?

Would you consider yourself a risk taker?

END_OF_DOCUMENT_TOKEN_TO_BE_REPLACED

Posted by: Erin Everhart on May 1st, 2012 under Financing, Mortgage and Home Loans

Home Equity Loans Come With A Lot Of Perks

With the current economic turbulence and the slump in the property market, home equity loans have become very popular with homeowners. Whether you are a debt laden consumer who is frantically looking for an option to consolidate your debts, or a desperate consumer who needs an urgent loan to buy a new car or renovate your house, a home equity loan can sort things out for you. Home equity loans, which are also known as second mortgage loans, can be acquired simply by securing the loan amount against your home. 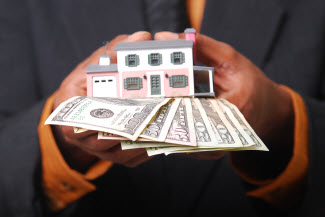 END_OF_DOCUMENT_TOKEN_TO_BE_REPLACED

Posted by: Guest Contributor on April 18th, 2012 under Financing, Mortgage and Home Loans

For years, VA loans have been dogged by reputation as bureaucratic, time-sucking black holes. 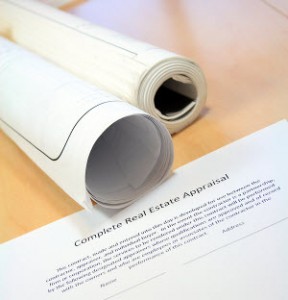 But some major pillars of the VA’s loan program have long been misunderstood or mischaracterized. Nowhere is that more true than the VA appraisal, a fair but stringent process that puts a premium on a veteran’s health and safety.

A VA appraisal is more thorough than a typical appraisal and mandates immediate repairs that need to be made in order to meet the agency’s Minimum Property Requirements (MPRs). Homes must be what the agency considers “move-in ready.”

Having an agent who knows the VA MPRs can certainly spare veterans time, heartache and money. The earlier a veteran understands the limitations and requirements, the sooner he or she can make a decision about whether to move forward with the property or to continue the home search.

Understanding the MPRs has also become increasingly important since the economic collapse flushed the housing market with foreclosures.

Here’s a look at 10 of the big-time MPRs:
END_OF_DOCUMENT_TOKEN_TO_BE_REPLACED

Posted by: Chris Birk on February 10th, 2012 under Financing, Mortgage and Home Loans

As of now, the housing market offers some of the lowest refinance rates ever. These exist due to a combination of the state of the world financial markets and due to the policies of the United States government. In this season of political change, though, there are a number of proposals and political realities that could change the atmosphere greatly for homeowners looking to replace their mortgage with a more attractive one.

The Abolition of Freddie Mac and Fannie Mae 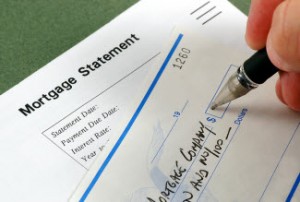 Government-sponsored entities, frequently referred to as the “GSEs,” are currently responsible for 90 percent of the money that gets lent out as mortgages, based on an article in the New York Times. When a homeowner gets a mortgage, their lender sells the mortgage to Freddie or Fannie. Freddie or Fannie then package large blocks of mortgages into bonds, and sell the bonds on the global financial markets to investors. Since bonds issued by Freddie and Fannie carry an implicit guarantee from the U.S. Government, investors will buy them at low rates of interest, making it possible for mortgages to be made at very low rates.

Politicians ranging from Barack Obama on the left to Ron Paul on the right have called for the abolition of these organizations. The problem with them is that they expose the government to a great deal of risk, since the government is ultimately responsible to bail them out. In addition, their role in the market distorts the true market for mortgage debt. If their role is abolished or cut back, private mortgage lenders will make more, if not all, of the loans in the market. They will likely demand higher rates of return on safer investments, leading to more expensive refinances at less attractive terms.
END_OF_DOCUMENT_TOKEN_TO_BE_REPLACED

You are currently browsing the archives for the Financing, Mortgage and Home Loans category.