Many buyers interested in Hawaii real estate are unfamiliar with the term â€˜Leaseholdâ€™, but it is of critical importance to understand. Most are familiar with real estate ownership in Fee Simple (also known as Freehold), in which a purchaser 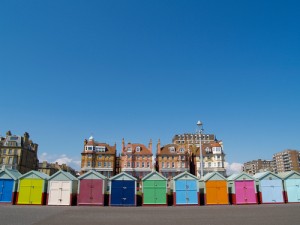 owns the land and any improvements and fixtures thereon.

However, in a few states, including Hawaii, there is another form of ownership: Leasehold.

When a landowner enters into an agreement/ground lease with a lessee, it creates a leasehold.

The main differences between ownership by Fee Simple and Leasehold are:

â€¢Â Â  Â A leasehold buyer does not own the land on which improvements are located and, as such, must pay a ground lease.
â€¢Â Â  Â The use, alteration, and maintenance of the premises are subject to conditions/restrictions named on the lease.
â€¢Â Â  Â Use of the land is limited to the time remaining of said lease. At the expiration of the lease, either a new lease must be negotiated or the land reverts (and in many cases, the improvements thereon) back to the landowner, in what is called â€˜reversionâ€™.

Why would a potential buyer prefer a leasehold property over fee simple ownership?

For example, Kamaole Nalu (leasehold) and the Royal Mauian (fee simple) are located directly next to each other, yet active units in each are priced at $357,900 and $1,149,000, respectively. Sales in the past six months in both properties further confirm the differences in price ranges for these properties. For many, the ability to purchase a leasehold property that would otherwise be out of reach in a fee simple form is worth not owning the land perpetually.

However, there are a few factors to keep in mind when considering leasehold ownership.

For example, what are current lease terms? Of key emphasis is the expiration date, what will happen to the structures at the end of the lease, and how often will lease rates be negotiated. In our example of Kamaole Nalu, the current lease is $650 per month, with lease renegotiation in 2015, and 2025, with an expiration date of 2035.

In addition, it may become more difficult to sell a leasehold condo, particularly as the expiration date nears.

And furthermore, for those financing their purchase, lenders have strict policies and criteria when it comes to financing a leasehold property.

Leasehold is clearly not for everyone, but for those for whom it is feasible it can be an excellent method of real estate ownership in Hawaii.

Wow, I’m sure this will be a good explanation for a lot of people who hve never heard of leasehold.

Thanks for the clear explanation, it will be really helpful for the follow up works on my real estate investment, and for them too who are into purchasing/leasing building. Thanks!

Thanks for the comments, H. and Calvin. For many potential buyers, leasehold properties appear to be a great value when only looking at the sales price. But as they learn more about leasehold and what that entails, many buyers shy away and pursue fee simple condos. Mahalo.

It’s similar to the antiquated, but still around, ground rents often attached to rowhouses in Baltimore.