Surging Military Communities Present a Unique Opportunity for RE Industry

If thereâ€™s a base, thatâ€™s the place.

Not the catchiest slogan ever created, but the sentiment is something for real estate and mortgage industry stakeholders to embrace. Military communities are driving growth and income expansion across the country, according to a recent study by USA Today. 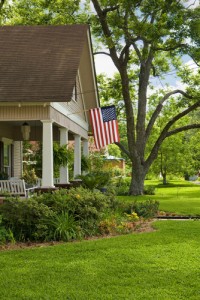 Sixteen of the 20 fastest-growing metropolitan areas (based on per-capita income since 2000) either have a military base within their borders or are near a military installation. Thereâ€™s no sign of slowdown in most of these communities. And that means the need for housing solutions is only going to increase.

Scores of service members will return fromÂ  Iraq and Afghanistan in the coming weeks and months. Most will qualify for the home-buying tax credits that recently expired for civilian buyers â€” service members who meet the criteria have until the end of April to purchase and until June 30, 2011, to close.

At the same time, the military continues to meet and even exceed recruitment goals, bringing new faces to these metro areas every month. Sustained growth coupled with the purchasing power and demand for homeownership among military members makes for a dynamic opportunity for RE folks moving forward.

On the whole, American service members are big-time homeowners, with ownership levels that outpace all other consumer groups. Military members are also in increasingly better shape financially to secure financing â€” the average compensation for military members in 2009 was about $120,000, including pay and benefits.

Agents who can tap into this wellspring have a lot to gain. Getting a solid grip on the scope and inner workings of the VA loan program is often a key step.

This flexible, low-cost loan program is still haunted by some long-held stereotypes and misnomers. The reality is that VA loans are booming nationwide, while serving as a model of stability â€” they continue to have the lowest rate of foreclosure of any major loan program despite the fact that 90 percent of all purchase loans require no down payment.

There are certainly cases when conventional financing makes more sense for military borrowers. But truly capitalizing on these surging military communities is going to require a renewed look at a program thatâ€™s helped those who serve achieve the dream of homeownership since 1944.

Good point on the importance of the VA loan program. It is time to forget the stereotypes associated with va loans.

Second, as a former service member, I fully realize the importance of the VA loan program and how it benefits those who are eligible. Thanks for bringing this to light. Many agents who work/live near military communities can certainly benefit from such growth.

Thank you for sharing such a useful information with us. People living in near thees communities can take its advantage to there betterment

Great to see the our vets will have nice communities to come home to.

@Carl: You’re spot on in terms of stereotypes and old misconceptions. Some of those are no doubt rooted in truth, but the VA has really modernized in many key respects, at least when it comes to the loan program.

@Alex: Thanks for your welcome and for your service.