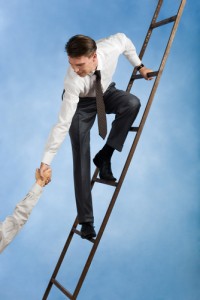 Here is a summary of the extended and expanded tax credits:

This was extended to May 1, 2010:  A tax credit of 10% of the purchase price of a home, up to $8,000, may be claimed by first-time buyers for the purchase of a primary residence. As long as you are under a binding purchase contract by April 30, 2010 – and close on the transaction before July 1, you can probably claim the credit.

A first-time buyer is defined as someone who has not owned a home in the past three years.

If you have lived in your home for five consecutive years out of the last eight years and are buying another primary residence, you may qualify for a tax credit of 10% of the purchase price, up to a maximum of $6,500.

The May 1 / July first time limits apply to the existing buyer credit as well.

The existing home owner credit became effective “on the date of enactment” – November 6.

There were many reports in the press that the new credit for existing buyers was for “move up buyers”. This has already caused confusion as people try to figure out what “move up” means. You do not have to purchase a large or more expensive home to qualify for this credit. “Move up” was unfortunate choice of words. If you meet the above criteria, you are eligible for the credit.

Additional extension for members of the Armed Forces deployed overseas: both tax credit are extended for these individuals to May 1, 2011 (must close before July 1, 2011). You must be deployed outside the U.S. for at least 90 days between Dec 31, 2008 – May 1, 2010 to qualify for his military extension.

Fraud prevention measures have been added for both credits. Remarkably, there was not a previous requirement to prove that you’d actually purchased a home when you submitted the form for a tax credit. Now a properly executed settlement statement must be attached to the return. There is also an age minimum of 18 to claim the credit.

Whether or not this extension and expansion of the home buyer credit will help the housing market is the subject of much debate. Real estate associations are dancing in the aisles with glee. Not everyone is convinced this is a good idea. The existing tax credit has already cost upwards of $11 billion and the extension / expansion is expected to double that.

But that’s all neither here nor there. The credit has been extended and expanded – it’s now the law. So like it or not, it’s here. Several Senators are on the record as saying it will not be extended again come May 1. And of course we all know politicians never flip-flop on their stated opinions…

Afraid your info may be incorrect. I sold/bought a house on November and would have qualified for the $6500, but the enactment date, according to my accountant, is November 7.

This is typically a slow time of year, but in addition to the extension, mortgage rates dipped below 5% again. Those are a couple of pretty good reasons to buy. However, I really wonder hos much movement we will see. For existing owners to take advantage of the credit they also need to sell and they don’t have a long time to do that.

everything in the real estate market is getting complicated…we must keep informing the public about what is happening. Thanks for this article.