How To Manage Online Leads? Astound Them!

I once impressed a CEO in another line of work, distribution, by making a statement regarding a Wal-Mart account â€“ â€śI donâ€™t want to meet their needs, I want to astound them.â€ť 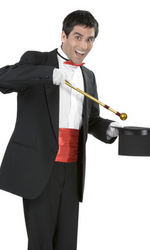 I know, it sounds like I was kissing up, but I really meant it, itâ€™s how I was trained early onâ€”nothing special, just ingrained into my mental model of doing business.

Itâ€™s difficult to practice this over and over with online leads that you could easily dismiss as â€śnot seriousâ€ť or â€śjust lookersâ€ť.

But the trick is to train the mind to visualize each email address as an embodimentâ€”living, breathing people who you are meeting in theory, and, if all turns out well, face to face.

Youâ€™ll want to astound those who can make you successful, but first youâ€™ll need to believe.

Having gone from 5% to 20% to, last year, 80% of my revenue coming from the internet, Iâ€™m a true believer. When email addresses turn into satisfied, happy clients receiving keys at a closing table often enough, you become a true believer.

However, I must confess, I was a skeptic in the beginningâ€”however, when I thought about it and could visualize real people behind the addresses, I was able to act as-if in spite of all the naysayers who constantly told me the email addresses were weak and the conversion rate was low.

I started by acting as if everyone was a ready, willing and able buyer until proven otherwise, even the janedoe43567athotmaildotcoms.

I gave them not only what they needed, I tried to astound them.

Some frustration set in when the realization sank in from reply after reply that they were looking to buy next summer, or two summers in the future or, some, FOUR summers in the future, but I kept responding, over and overâ€”sending them listings, setting up automatic sendouts of new listings coming on the market, dropping a line every so often, sending them area information, sending them links to useful sites, developing a website just for home buyers, keeping notes and creating reminders for tasks two, three, six months down the road.

When the first call came through, it was out of the blueâ€”

â€śHello, my name is David and Iâ€™ve been receiving listings for about four months and me and y wife are coming to Savannah in two weeks to look for a home. Do you want the addresses of the ones we like or do you need the MLS #s?â€ť.

That pipeline Iâ€™d heard so much about was full, and it had started pouringâ€”Iâ€™d struck oil! I canâ€™t tell you what a thrill it was, but if youâ€™ve been there then you know.

Itâ€™s not like Iâ€™d been sitting around not doing any businessâ€”I was doing about 40 transactions a year through traditional methods, but this was special.

All the hard work was being vindicated. My faith was being rewarded.

Now, Iâ€™m astounded! I appreciate the honor of being a contributor here on the HomeGain Blog. Iâ€™ll share my successes as I go along, what Iâ€™m doing that works, what Iâ€™ve found didnâ€™t work; but one thing I know, the internet is made up of real people (people who have afterwards become good friends) and it does work.