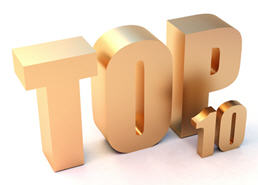 Earlier this week, MDA Dataquick reported that in HomeGainâ€™s backyard, the San Francisco Bay area, home sales in June had jumped by 20% YOY. Solano County, a long term poster child and whipping boy for the foreclosure crisis, saw a whopping 67% increase in sales during the same time and reached sales levels not seen since August 2006.

The million dollar question is, have things bottomed out?

Itâ€™s sure starting to seem that way. Prices have started to stabilize, or in some markets actually beginning to go up as foreclosures are accounting for a less percentage of the total properties sold.

In the recent HomeGain home prices survey, Gillian Goldrich of Coldwell Banker Residential Brokerage in Woodbridge, CT noted â€śMarkets are definitely picking upâ€¦buyersÂ  are getting off the fence and taking advantage of tremendous buys.â€ť Many of our agents expressed similar opinions as they are seeing declining inventory levels , raising prices and multiple offers.

The first half of 2009 was a memorable one for HomeGain agents as several achievements were reached. WeÂ  inducted our second agent (Alan Shafran) into the HomeGain Million Dollar Club for generating over 1 million dollars in gross closed commissions. Seventeen agents were inducted into the HomeGain Diamond Club for generating a half-million dollars in gross closed commissions.

Combined with the dozens of agents inducted into each of our Silver, Gold and Platinum Clubs, HomeGain AgentEvaluator agents used the turbulent conditions to further grow and expand their market opportunities.

Where exactly are consumers buying and selling? We tabulate sales closed by HomeGain buyers and sellers and report by major Metropolitan Statistical Areas (MSA).

Here are the top 10 MSAâ€™s in regards to total property value sold for the first six months of 2009:

The one new entry on this list was Seattle-Tacoma-Bremerton which replaced Detroit-Ann Harbor, a traditional top 10 HomeGain MSA for many years.

The San Francisco-Oakland-San Jose MSA showed the strongest improvement, jumping five spots from the 10th place ranking it held at the end of 2008.

Talking with our real estate agents, it sounds like some of the promising markets for the second half look to be military related housing and first-time home buyers (as long as the tax credits are available).

Letâ€™s all hope that the enthusiasm out there remains strong and carries us through the end of this recession.

Glad to see my home turf of Washington, DC, is at the top of the list.