4 Obstacles in the Way of Selling Your Home

Whether or not the market is in your favor, you may be self-sabotaging your home sale if youâ€™re making some common mistakes. Simple errors can engage you in a real estate catch-22: wanting to sell your home, but making it difficult to do so. In order to save you from preventing the sale of your own home, hereâ€™s a list of four obstacles that may be in your way â€“ and how to push them out of your path: 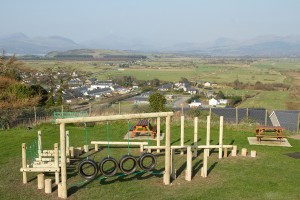 1. A Cluttered Home
Any potential home buyer wants to see his future space as a clean canvas, full of furniture and simple dĂ©cor, but not muddled by all your worldly possessions piled on the floor. Make sure you do adequate cleaning, and to eliminate any extra clutter you want to keep, consider a self-storage unit. Companies, such as StorageMart, often have customers renting storage units to clear out clutter while their home is on the market.

2. Hanging Out at Home
Although you may be eager to see and hear the goings-on during showings and open houses at your own home â€“ and simultaneously donâ€™t want to have your regular at-home routine disrupted â€“ you are standing in the way of your homeâ€™s sale if you stick around too much. It can be uncomfortable and awkward for potential buyers to view your space under your watchful eye. They wonâ€™t make honest comments about their feelings about your house, and their feelings themselves may be altered by your presence â€“ and not in a good way. Take a step back and let your real estate agent do the work as you walk away for a short time.

END_OF_DOCUMENT_TOKEN_TO_BE_REPLACED

â€śDespite the hype of social media as an effective marketing outlet, real estate professionals once again voted referrals as the most effective and most preferred form of marketing,â€ť said Louis Cammarosano, General Manager of HomeGain. â€śAlso coming in ahead of social media were in person events, like open houses, mailing of post cards and online lead generation services.â€ť 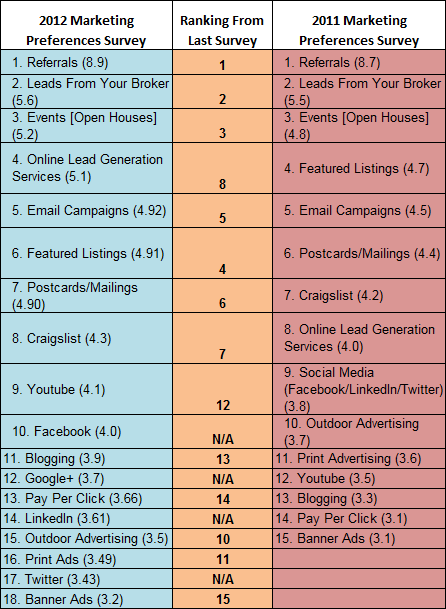 END_OF_DOCUMENT_TOKEN_TO_BE_REPLACED

Posted by: Louis Cammarosano on October 29th, 2012 under HomeGain Surveys

Vacant homes can be a security risk for both agents and customers. However, there are options to keep you both safe. More real estate agents are turning to portable home alarm systems to help minimize these risks. While considering alarms, it is important to do what you can to keep the home from being a target. Security is best done in layers.

Secure in layers
Consider the first layer of home security while staging a vacant home; it is important to maintain a â€ślived-inâ€ť look from the street. This can be done by putting lamps on timers or using basic home automation lamp modules that turn on and off at different times. Put porch lights on a dawn-to-dusk sensor, to illuminate the front of the home at night. A porch light left on all day is a dead giveaway for a vacant home.

Keep the yard landscaping clean and trimmed and gates locked. Enlist the neighborâ€™s help if appropriate. Asking them to help keep an eye on the house, parking in the driveway periodically and contacting you if there are any concerns. Building relationships with neighbors may benefit you in the future, and it gives the neighbors a sense of community in their neighborhood.

END_OF_DOCUMENT_TOKEN_TO_BE_REPLACED

Posted by: Guest Contributor on October 29th, 2012 under Technology


HomeGain, one of the first companies to provide free instant home valuations online, released the results of our third quarter 2012 nationwide home values survey of over of over 300 HomeGain current and former members and more than 2,200 home owners. The survey asked their opinions on home prices and what they thought of President Obamaâ€™s performance as President. On this real estate blog we published the 3rd quarter 2012 national results as well as the complete 3rd quarter 2012 regional results, including commentary from real estate agents and brokers. 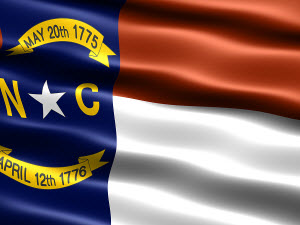 END_OF_DOCUMENT_TOKEN_TO_BE_REPLACED

On Monday October 15, 2012, Louis Cammarosano, General Manager of HomeGain, was a guest on the Real Estate 360 Live radio show on The Big Talker 1580 WHFS AM, hosted by Ryan Sloper.

END_OF_DOCUMENT_TOKEN_TO_BE_REPLACED

On Monday October 1, 2012, Louis Cammarosano, General Manager of HomeGain, was a guest on the Real Estate 360 Live radio show on The Big Talker 1580 WHFS AM, hosted by Ryan Sloper.

Ryan notes that the fed’s stated intention that by keeping interest rates low is to help employment. Louis believes that will not be the case and that QE3 is nothing more of another bailout and a way of keeping the cost of borrowing low so the government can continue to spend money.

END_OF_DOCUMENT_TOKEN_TO_BE_REPLACED

You are currently browsing the HomeGain Blog blog archives for October, 2012 .