HomeGain would like to wish everyone a safe and Happy Thanksgiving! 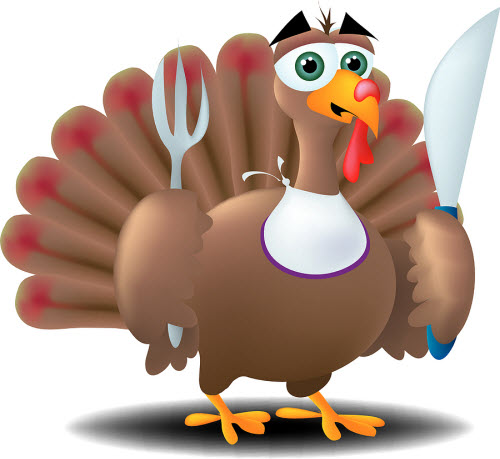 Posted by: HG Blog Admin on November 23rd, 2011 under HomeGain

On Monday November 14, 2011, Louis Cammarosano, General Manager of HomeGain, was a guest on the Real Estate Radio show on The Big Talker 1580 AM, hosted by Ryan Sloper.

Ryan notes a curious answer by Newt Gingrich about housing during the recent Republican debate. Louis notes the problem of having a real debate with nine candidates in an hour and noted Ron Paul, for example only spoke for 90 seconds in the most recent debate.  Louis notes that there is no free market in real estate as the government is so involved in the real estate market. Louis notes the absurdity of giving the executives of Freddie Mac and Fannie Mae bonuses.

Ryan discusses the issues that Private Mortgage Insurance companies are having and their impact on Freddie Mac and Fannie Mae. Louis notes the analogy during the financial crisis when AIG was unable to meet its insurance obligations to Goldman Sachs and the Fed had to bail them out. Louis notes that the government caused the housing bubble with low interest rates.

The market is turning in the sunshine state. What was once considered the worst real estate market in the nation is now considered by many to be one of the brightest.

How could it not?

Prices have dropped substantially in Florida over the last 5 years. In some areas of Sarasota, Florida you can find a home for less than half of what is sold for 2005. If the price of almost anything is cut in half someone is bound to show interest. That is the free market.

Realtor.com released their top 10 turnaround markets and 6 of the 10 were Florida cities. Miami, Orlando, Ft. Myers/Cape Coral, Ft. Lauderdale, Sarasota/Bradenton and Lakeland/Winter Haven were on the list. 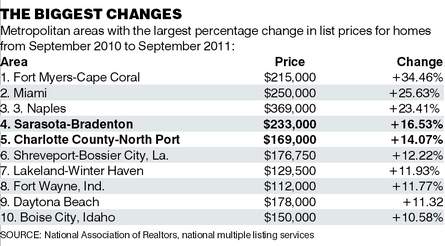 END_OF_DOCUMENT_TOKEN_TO_BE_REPLACED

Posted by: Marc Rasmussen on November 22nd, 2011 under Regional

On Monday November 7, 2011, Louis Cammarosano, General Manager of HomeGain, was a guest on the Real Estate Radio show on The Big Talker 1580 AM, hosted by Ryan Sloper.

Ryan notes that there is a city near Detroit, Hyland Park that has turned off the city’s electricity and pulled out the street lights because they can not pay the electric bills. Louis notes that this is considered “austerity”. Louis notes that local governments should be able to provide the necessities(fire, police, water and lighting) if the money was managed properly.

Instead local governments rely on bond issues and getting money from Washington to pay for government services. Louis notes the irony of hiring local politicians to get money sent to Washington back to the local municipality. Louis also notes that governments generally don’t threatened to cut the non essentials and when they are short on cash, but rather threaten the essential services in order to extract more money. Ryan and Louis discuss the raising of bank fees on consumers and the backlash that it has created, leading to the Bank of America has retracted their intention to charge consumers to use their bank cards.

Louis notes that the entire episode was the unintended consequence  of government intervention. Ryan discusses the best way to shop for a mortgage. Ryan discusses factors that impact mortgage interest rates. Ryan notes that the treasury will sell $72 billion of bonds. Ryan notes the change of government in Greece and that the contagion has spread to Italy. Louis notes the the Greek crisis has been lingering because the central bank has been propping them up.

Louis also notes that if more municipalities can not provide services, the Fed may provide a bail out. This would lead to higher interest rates and inflation. Louis predicts that the dollar will out last the Euro in that it can probably print more money and that eventually, entities including sovereigns, must be allowed to fail. Louis notes that the Federal Deposit Insurance Corporation creates a moral hazard. Louis and Ryan discuss fractional reserve banking and its role in creating the potential for bank runs.

END_OF_DOCUMENT_TOKEN_TO_BE_REPLACED

Save Money, Be Healthier and Increase Your Business by Greening Your Life, Business and Home

It was 2007 when I had my consciousness raised to pay attention to the plight of the planet’s resources. I admit to feeling pretty overwhelmed and inadequate when it came to solving the problems. It all seemed to me there was too much to do and it didn’t really affect me – surely “some” authority was taking care of it. As the week went by I was haunted by the things I had heard; but how could I make a difference? EcoStaging® was born that night. I realized the people who I teach could be an army to spread the message of conservation of resources. I am in the real estate staging industry, we come in contact daily with agents and sellers who want a marketing edge for the property they are selling… what better marketing edge than saving money while helping the planet? 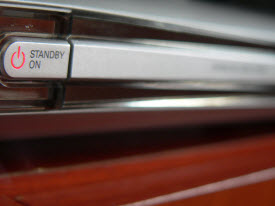 What I learned was it was all too much for many; people didn’t understand how it affected them directly, how it improved their health, how they saved money or how it was a marketing edge for business.

I am an early adopter; five years later I see the world catching up with increasing interest in wanting to understand the who, what, where and how.

The simple ways it affects any household:

Seventy percent of all energy consumption in North America is used by households. By paying attention to simple things you can reduce your energy bill and increase your savings. Things like changing regular light bulbs to CFL, they use less energy, give the same amount of light but they last seven to ten years so you save money two ways!

END_OF_DOCUMENT_TOKEN_TO_BE_REPLACED

Can Home Security Systems Increase The Value of Your Home?

Your home’s market value is determined by many factors, including size, layout, location, age, and more. Your home’s amenities – which includes things like a home security system – can have an impact on its market value, too. How much a home security system directly impacts the value of your home can vary greatly, and is influenced by (and influences) many of those other factors. 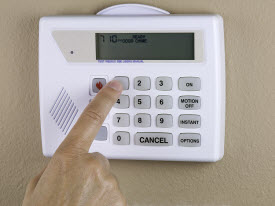 While a home security system may not directly affect the market value of your home, it certainly increases your home’s intrinsic value. It makes your house a safer place to live because it acts as a deterrent to home invasion. It protects your valuables from loss. Depending on your insurance company and the type of system you’ve got, it could even save you a few bucks on your home insurance each month.

Here are some of the particular factors about your home security system that might impact its value, the value of your home, and your overall safety and security:

END_OF_DOCUMENT_TOKEN_TO_BE_REPLACED

You are currently browsing the HomeGain Blog blog archives for November, 2011 .