Weâ€™d like to welcome Stephanie Decker of Staged Homes, LLC in Mill Valley, CA to our team of HomeGain Guest Bloggers! Stephanie will be our designated home staging expert, blogging about ways to help Realtors work through home staging issues and work effectively with home sellers.

With more than 20 years in the Interior Design industry, and her California Real Estate license for the same amount of time, she combines her Interior Design experience with her real estate knowledge to successfully stage properties ranging from under a $1 million to over $5 million. Ms. Decker is an advocate of home staging, speaking and writing about its value in the real estate community.

Posted by: Jessica Gopalakrishnan on January 30th, 2010 under Guest Bloggers

If I wasn’t constantly being told be the TV, radio, newspaper, and magazines that we are in a financial downturn, would I know that from my every day life experiences over the last year?

My answer is no. 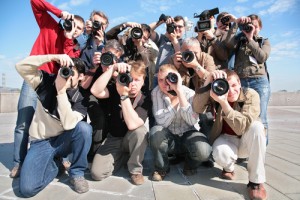 My life has gone on pretty much unchanged from what it was prior to this “down turn.”Â  No, that’s not right.Â  Truthfully, it is much better. My business has remained very good. As a matter of fact, the last couple of years were the best in my career.Â  There have been a lot of eager buyers — eager to buy a home, and eager to take advantage of the $8000 tax credit.

In some ways, business is much easier now.

Sellers are much more willing to deal and try harder to put a sale together and keep it together.Â  Also, builders are paying nice bonuses for selling their homes — homes that I probably would have sold anyways to the buyers that I have.Â  Everyone seems much more appreciative of my efforts — co-op agents, builders, mortgage lenders, title companies, etc.

As far as listings go, sellers have been less likely to try to cut commissions. END_OF_DOCUMENT_TOKEN_TO_BE_REPLACED

Posted by: Barry Karch on January 29th, 2010 under Market Trends

We are pleased to announce the HomeGain AgentEvaluatorÂ® Top Performersâ„˘Â of 2009.

Many HomeGain real estate agents and brokers had successful years, despite the downturn in home prices nationwide. We are proud to recognize these agents for their high level of accomplishment in association with HomeGainâ€™s AgentEvaluator marketing program.

In addition to highlighting the 2009 Top Performers Nationwide, by Region, by State, and Rookie Agents of the Year, HomeGain recognizes agents who had impressive results and are deserving of honorable mentions. (Read the PRWeb press release)

HomeGain is proud that we can quantify the many successes ofÂ our AgentEvaluator agents in 2009. We look forward to continued success for all of our member agents in 2010.

And the 2009 Top Performers for AgentEvaluator are…

END_OF_DOCUMENT_TOKEN_TO_BE_REPLACED

Posted by: Jessica Gopalakrishnan on January 26th, 2010 under AgentEvaluator, HomeGain

HomeGain Realtor members* are invited to attend this complimentary, 1-day event to network, discover new strategies and learn how to advance plans for a successful 2010!

We are also pleased to offer member attendees a complimentary Sunday night reception, Monday lunch, and a 1-night stay at the world-renown Fairmont San Francisco.

If you have not received your invitation, or would like more information, please email us and include your contact and/or membership details.

Follow the event on Twitter #homegainnation to get clues for how to win some great prizes at the event, including: END_OF_DOCUMENT_TOKEN_TO_BE_REPLACED

Posted by: Jessica Gopalakrishnan on January 25th, 2010 under HomeGain Nation

We had several interesting discussions with our Advisors board last week that are worth sharing with our Blog readers — about home buyer tax credit, appraisals, forced registrations.

Firstly, HomeGain Advisors in all regions of the country expressed hesitation in terms of how effective the first time buyer tax incentive is currently. In previous calls, many mentioned that most of their business was coming from buyers who mentioned that their motivation to purchase was based on the tax incentive.

In a call prior to the positive comments, they had expressed doubt about how effective the tax incentive was going to be. Clearly, there has been some change. They are attributing the current lack of impetus to the fact that many consumers are still not aware of the incentives and they were doubtful that the April 30 deadline would be extended.

A couple of Advisors spoke about the difficulties they had closing deals due to problems with appraisals. END_OF_DOCUMENT_TOKEN_TO_BE_REPLACED

Grow Your Confidence, Grow Your Business

As a consumer, have you ever walked in to a store, letâ€™s say an electronics store, seeking the advice of one of the helpful salespeople and found that their lack of knowledge throttled their 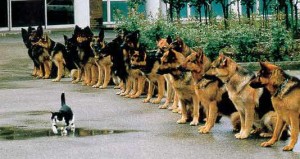 confidence level to the point that they were really of no use to you and as they try to muster an answer to a question about which TV to buy, you lose confidence in them?

There are pros and cons for each TV and you as the consumer need answers to make the right choice but you canâ€™t get them because your salesperson does not have any confidence that they know the answer. As a consumer, we unconsciously pick up on subtleties of people like this salesperson and we lose confidence in them very quickly! We naturally gravitate towards those who we automatically recognize as confident about their work.

So it goes with real estate agents working with home buyers or sellers.

I encourage that you spend some time every week working on aspects of your business that can help you increase your confidence. It doesnâ€™t matter if you are new or have been in the business a while. If you know what you are doing it will show through loud and clear to your clients in that ever important first impression. Thatâ€™s confidence. END_OF_DOCUMENT_TOKEN_TO_BE_REPLACED

Posted by: Ryan Ward on January 21st, 2010 under Motivation

You are currently browsing the HomeGain Blog blog archives for January, 2010 .