Max In Florida Ahead of NAR Convention

Max, the HomeGain Gorilla is doing some advance rest and relaxation in preparation for his second appearance at the National Association of Realtors Convention in Orlando.

Last year at the NAR Convention & Expo in Las Vegas, Max, a virtual unknown, made his stunning debut, turning him into an overnight sensation.

Over 2000 Realtors lined up at the HomeGain booth to meet Max and to take their turn at trying win a Max.

If you missed Max at the  recent Texas or California  Association of Realtors Conventions, you will have a chance to meet him in Orlando from November 7-10 at the HomeGain booth 3231.

Here is Max kicking back in Miami and the Florida Keys: END_OF_DOCUMENT_TOKEN_TO_BE_REPLACED

Congratulations to Joseph, Jay and Nicole!

Posted by: Louis Cammarosano on October 31st, 2008 under HomeGain

In a nutshell, market conditions in Santa Clara County (inventory, sales and DUI) continue to improve. Inventory is 146% of the 8-year average. That is down from 220% at the end of 2007. Offers initiated have increased from the 55% range to 114%. The volume of initiated sales has stayed above 100% since August 9th. There are a still larger than normal number of transactions that are failing to close. Consequently, closings are still only at 80% of normal in Santa Clara County. DUI has dropped 310% of normal at the end of January to only 114% of normal. A first level corrected DUI to compensate for the higher than normal failure rate would increase DUI to about 130% of normal.

Remember a lower DUI is END_OF_DOCUMENT_TOKEN_TO_BE_REPLACED

Posted by: Jessica Gopalakrishnan on October 30th, 2008 under Regional

The Power of Internet Marketing

This month’s Agent Success Newsletter features Debra Gravelle, a Realtor® at Grant County Properties in Moses Lake, Washington. In our exclusive interview with Debra, she discusses the value of trying new online marketing programs, and how her business has skyrocketed in the past six months as a result of finding the right ones.

Lives of The Realtors: Brian Kinkade

Life is about the journey … not about the ending. 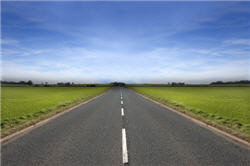 My earliest memory is when I was about 3+ years old.  For some strange reason, I recall that I was eating M&Ms one fateful day when I was told that my father wasn’t coming home anymore.  I later learned he was in a head on collision on a cold rainy day while driving to work.  He survived but was busted up pretty bad.  After a year or so of hospitalization, my parents’ marriage succumbed to the resulting stresses.

When I was 16, I left high school to go work full time in the construction business.  Back when my dear mother was raising two boys on her own and working two jobs to make ends meet it seemed the right thing to do.  My high school counselor said I was making a major mistake and that I’d never be able to go to college.  He didn’t know I don’t believe in the word “never” and fortunately I was END_OF_DOCUMENT_TOKEN_TO_BE_REPLACED

Posted by: Brian Kinkade on October 29th, 2008 under Lives of The Realtors

The HomeGain Advisors Group met last Thursday for its 4th quarter Web conference. The Advisors Group is comprised of real estate agents and brokers from across the country, many of whom have partnered with HomeGain since 1999.

The overall consensus of the Advisors during the discussion is that these are undoubtedly very uncertain times, and the majority of them don’t expect any change in the pace of real estate sales until the 2008 presidential election is over. 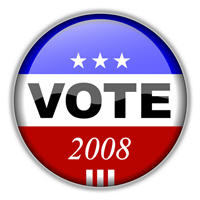 In fact, the current thinking is it doesn’t seem to matter which way the election will go.  What matters is that it just needs to happen and we need to get it behind us and move on.

When asked by HomeGain General Manager Louis Cammarosano what effect the election is having on the real estate market, Mike Kollar, who works in the Seattle, WA, area, said, “my mantra is we need this election to be over”. In his opinion, it’s not unusual for an election to cause such uncertainty in a market.

Bill Eiseman in Virginia Beach, VA, chimed in, saying, “I see a lot of people just waiting it out.  I prospect on the phone and people are waiting to see what will happen after the election and the 1st of the year. The mindset is 2009 is going to be better!”

The sense of most of the Advisors is that both home buyers and sellers are sitting on the sidelines, even more now so since the stock market mess became the big story three to four weeks ago.

The Advisors continue to be optimistic despite the turbulent economic times. END_OF_DOCUMENT_TOKEN_TO_BE_REPLACED

Posted by: Peggy Boehm on October 27th, 2008 under HomeGain

You are currently browsing the HomeGain Blog blog archives for October, 2008 .